If the Charges Against You Are Dismissed, Do You Get Your Bail Money Back?

There are two different types of bail bonds. A cash bond is a bail bond that you pay directly to the court or jailhouse, depending on the county that you live in. For example, if your bail is set at $10,000, you would pay the courthouse or jail $10,000 to be free. Once your case is resolved, regardless of whether the charges are dismissed, you are found not guilty, or you are found guilty, the money is returned to you as long as you don't flee.

The other type of bail bond is a surety bail bond. This is the type of bond most people think of when they hear the word bail bonds. With this type of bond, you pay a bail bond agency a percentage of the bail and in return, they post bail on your behalf. In most cases, the percentage is 10 percent, but varies from state to state. So, for example, if bail is set at $10,000, you would pay a bail bond agent $1,000 and they would post the bail on your behalf. If the charges against you are dismissed, you do not get your money.

Why Can't You Get the Money Paid Towards Bail Back if the Charges Are Dismissed?

When you use a bail bonds agency, you are paying them to post bail on your behalf. Once bail is posted and you are freed from jail, they have upheld their end of the agreement. If charges against you are dismissed or if you are found not guilty, they still completed a service for you, and as such, the money that you paid to them is never refundable. This is one of the reasons why you need to carefully consider whether to post a cash bail or a surety bail. However, if you cannot afford a cash bail, a surety bail is a great option to get out of jail at a reduced cost. 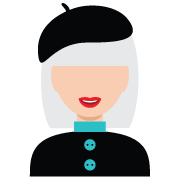